In presenting the award, Jonathan Holmes and Alysha Kaplan of the Washington State Emergency Management Division expressed how the underlying partnership between Whatcom County, the State and FEMA has made a difference in recovery efforts over the last four Presidential Declarations.

According to Whatcom County Sheriff Bill Elfo, “When the citizens and communities of Whatcom County have suffered from the impacts of disasters that resulted in Presidential Declarations, both the State of Washington and FEMA have worked hand-in-hand with our Division of Emergency Management to ensure recovery is as seamless as possible for our community.“

For the last two Presidential Declarations, the field operations have been located in the Whatcom Unified Emergency Coordination Center, a partnership between Whatcom County, the Port of Bellingham and the City of Bellingham. 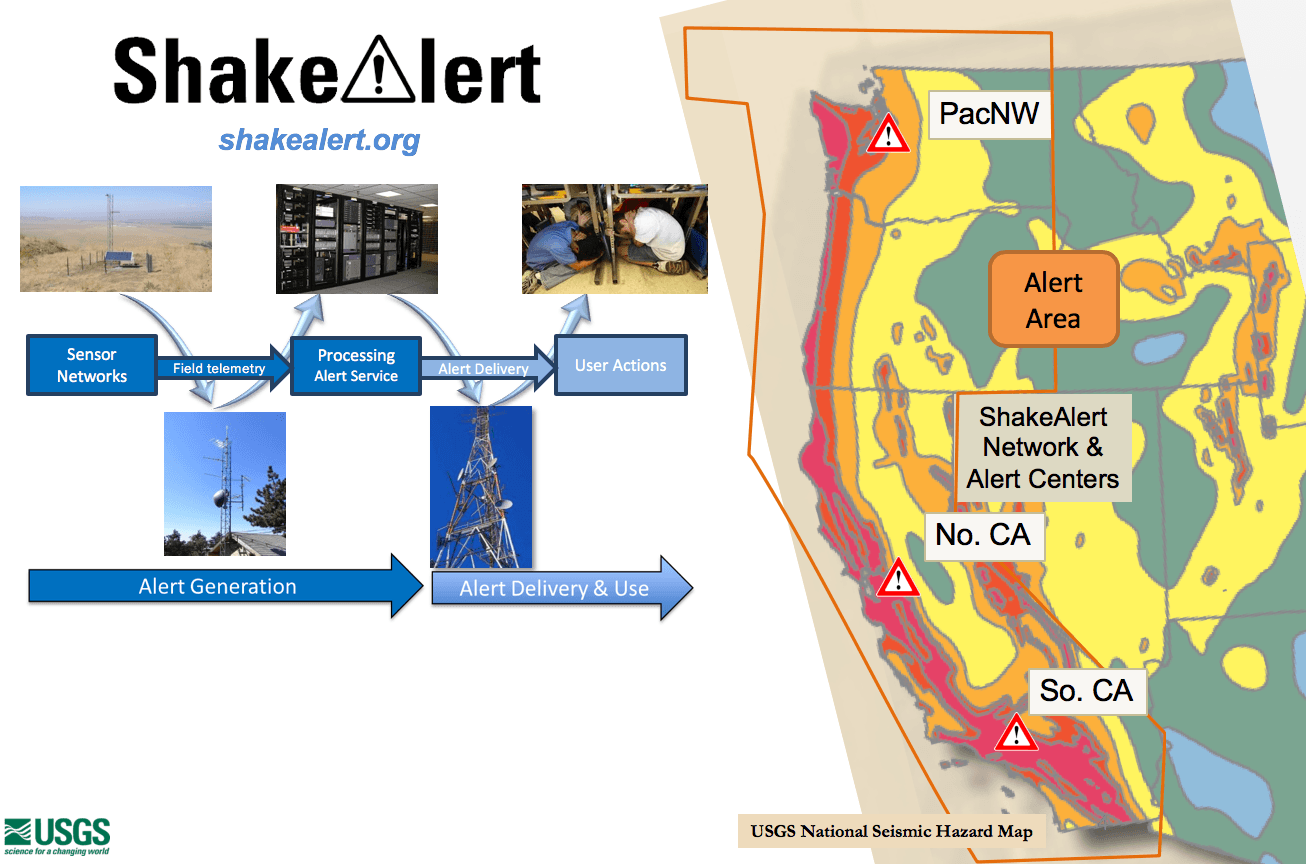 On July 22, Lake Whatcom Water and Sewer District activated a pilot scale earthquake early warning system, known as ShakeAlert®, at one of its water reservoirs. With its activation, the District is among the first utilities in Washington State to implement the system developed by the U.S. Geological Survey along with a coalition of state and university partners throughout the West Coast.

The system installed at the District’s reservoir is designed to automatically close valves to the reservoir when a ShakeAlert is received, thereby preserving water in the reservoir should water mains be ruptured during the pending earthquake.

General Manager Justin Clary said, “The District is honored to have been selected to participate in the initial deployment of this state-of-the-art technology. We hope that our participation will support continued development and refinement of the ShakeAlert system, which will ultimately provide for protection of the public and infrastructure throughout the West Coast against future earthquakes.”

The ShakeAlert system consists of hundreds of seismometers deployed throughout California, Oregon, and Washington. These sensors send ground motion information to data processing centers in Seattle, the San Francisco Bay area, and the Los Angeles area. The system uses its sensors to detect and analyze the “P” waves that occur in advance of actual shaking. Through computer modeling, it determines the magnitude, intensity, and geographic reach of the earthquake and then rapidly transmits a “ShakeAlert” signal to the surrounding region prior to the earthquake reaching those locations. ShakeAlert is designed to protect people, equipment, and delicate operations from injury or damage during shaking by notifying the public and triggering automatic systems to initiate actions in advance of an earthquake. Additional information regarding the ShakeAlert program is available at www.shakealert.org.

Whatcom County Sheriff Bill Elfo stated, “The protection of the citizens of Whatcom County is at the core of the Sheriff’s Office Mission, and we were particularly pleased to see this pilot project for the Lake Whatcom Water and Sewer District. Our Division of Emergency Management has been supporting the District for ShakeAlert, and its emergency planning, for several years.” 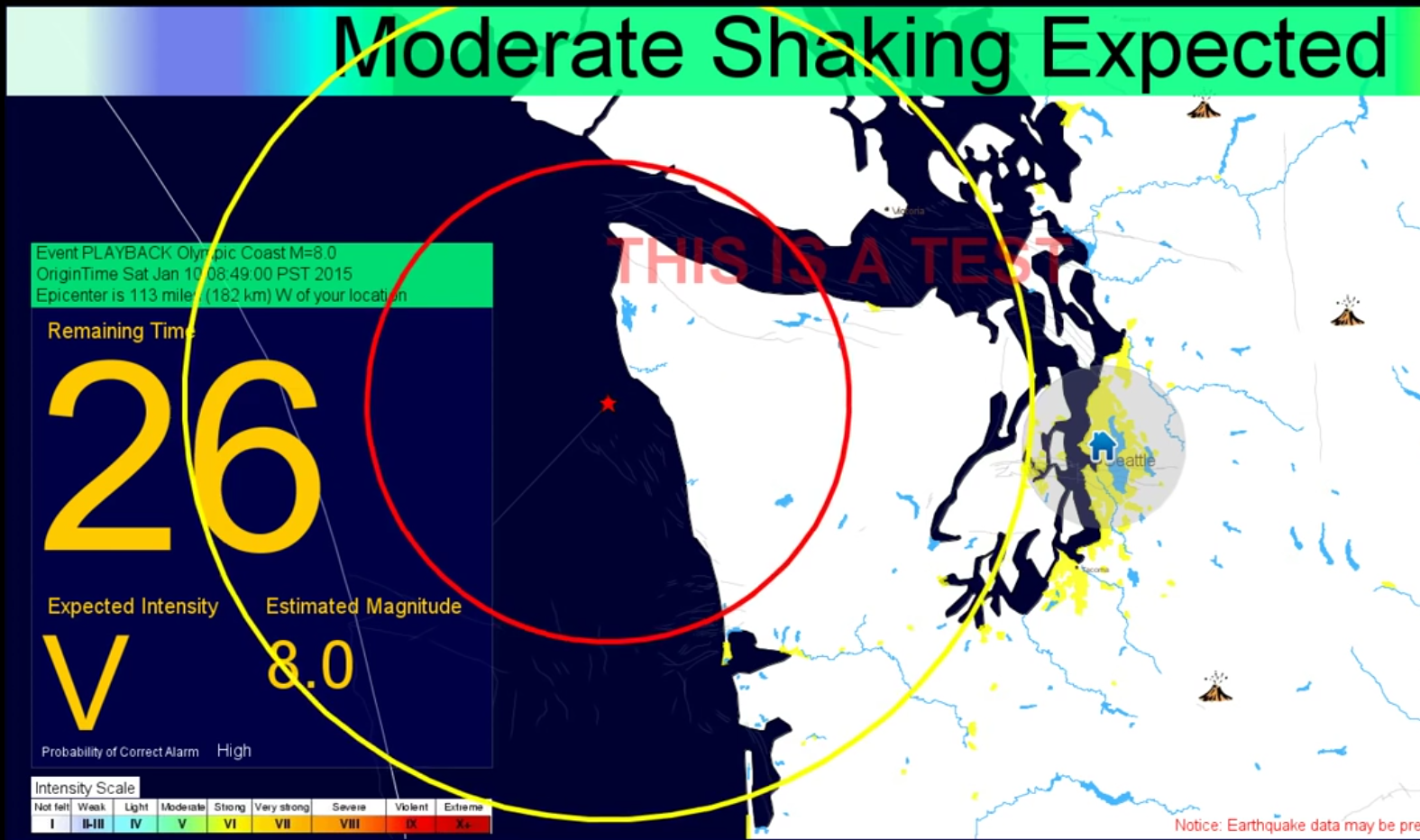 Washington Emergency Management Division and the Pacific Northwest Seismic Network are actively seeking other pilot users, which could be businesses, utilities, or schools. Even a few seconds warning would provide enough time to trigger automatic reactions:slow light rail systems and trains, shut down natural gas lines, trigger doctors to stop surgical procedures in hospitals, among other
automated reactions. Potential uses for ShakeAlert are widespread and diverse, for example, a school district might connect its intercoms and announcement capabilities to a ShakeAlert warning message feed. This would allow students and staff in the school buildings to Drop, Cover and Hold On, reducing injuries prior to the shaking. For more information on Earthquake Early Warning or how to become a pilot user of the ShakeAlert earthquake early warning system, please contact:

May is Volcano Preparedness Month! 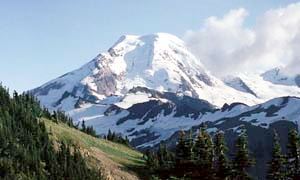 How can you prepare for a volcanic eruption?

The active Cascade volcanoes, including our own Mount Baker, that make our state so beautiful could erupt sometime in the future. How can you prepare for a volcanic eruption? How will you react if one of Washington’s volcanoes erupts?

Volcano preparedness month is a time to inform yourself about volcanic hazards and to make a plan to keep you and your family safe in case of a volcanic eruption or lahar (volcanic mudflow). To help you, we have created a new booklet about volcanic hazards in Washington. Learn about lahars, how to stay safe from ashfall, and how to get information in case of an eruption. See what items you might need in your emergency kit. You can download the booklet by clicking on the image below: 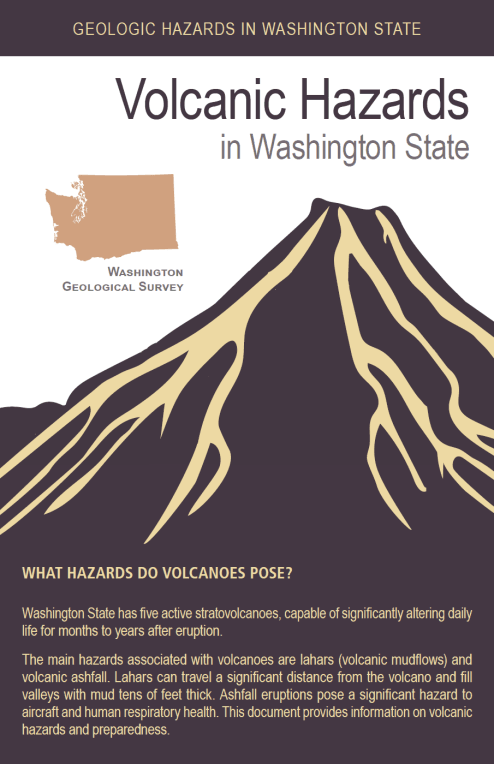 Be ready for the next volcanic event.

There will be some indication that a volcano may erupt, but the time between the earliest indications of unrest and eruptive activity might be short, from days to weeks or months. The United States Geological Survey Volcano Hazards Program and its monitoring partners work to detect the earliest signals of volcanic unrest to forewarn communities at-risk and provide time for officials to activate emergency response plans and mitigation measures that can save lives and protect property. Because eruptions typically go through episodic cycles of increased activity and relative quiet after they begin, Volcano Hazards Program scientists monitor volcanic behavior very closely to determine when it is safe to declare an eruption is over. In some cases, like in Hawaii, eruptions can continue for several tens of years.

We are all in this together. Everyone has a role in preparedness.

WWU, City, and County collaborate on first-ever Disaster Awareness and Preparedness Survey (And you can participate online!) 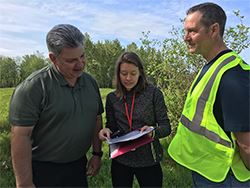 Every year for the next 3-5 years, WWU students studying disaster risk reduction planning will survey residents about their household and community preparedness. Students will also examine the risk awareness and preparedness. As the project progresses, the data they collect will be used to improve community outreach and preparedness for earthquakes, floods, fires, storms and other significant disasters.

To take the online survey, visit tinyurl.com/WhatcomPS2019. Participants who complete the survey can enter to win one of several $25 gift certificates or prepaid VISA cards.  For more information on the survey, contact Dr. Rebekah Paci-Green with the Department of Environmental Studies, Resilience Institute at Western Washington University at 360-650-2707 or email rebekah.paci-green@wwu.edu.