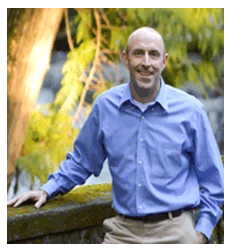 Eric Richey, newly elected Prosecuting Attorney for Whatcom County, has dedicated the past 25 years of his career to the criminal justice system and is devoted to making our community safe. He guarantees a fair process, while seeking a just result for the victim, the accused and the community in every case. Representing the people of our community, Eric holds the Whatcom County Prosecuting Attorney’s Office to the highest ethical standards in carrying out his official duties and acting with professionalism in every situation.

Eric also recognizes the importance of transparency, direct and open communication, and accountability to our community. Therefore, he and his team are taking the Whatcom County Prosecuting Attorney’s Office in a new direction by implementing new innovative ideas and proactive approaches in prosecuting crimes to reduce incarceration and recidivism. For instance, Eric is working with law enforcement and the courts to divert offenders from jail into treatment where possible, and minimizing the number of incarcerations of low level offenders who are not a flight risk or public safety concern.

In addition to Eric’s experience as a prosecutor, he has served on multiple boards and committees in our community, including the Brigid Collins foundation, Whatcom County Domestic Violence and Sexual Assault Services, Whatcom County Democrats and the Bellingham Rotary Club.

Eric was born and raised in the Pacific Northwest and has lived in Bellingham, Washington for the past 30 years. He received his undergraduate degree from Western Washington University and attended law school at the University of Oregon School of Law. He is married and has two children.