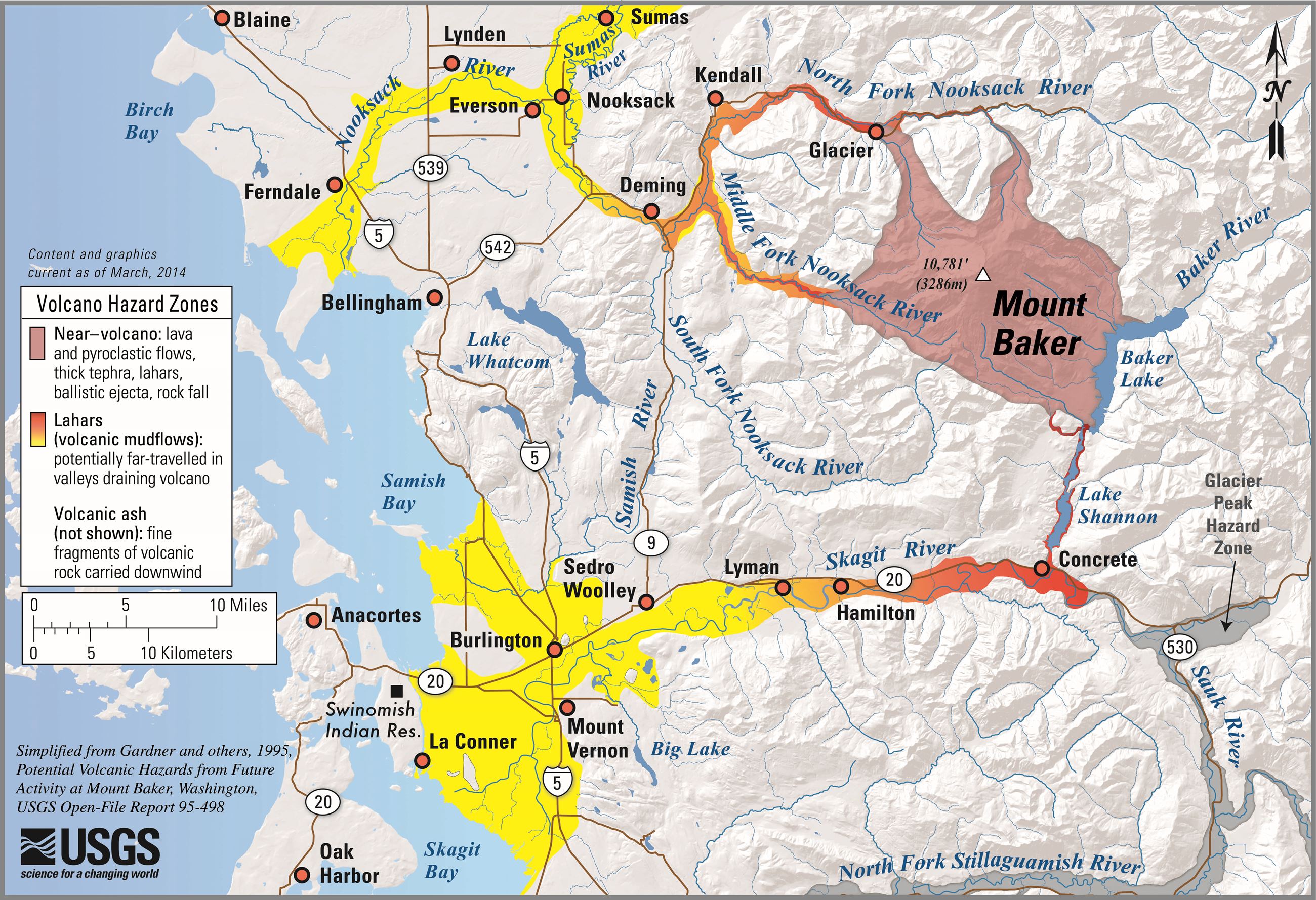 ARE YOUR READY FOR AN ERUPTION?

Dominating Whatcom County’s skyline, Mount Baker is the playground of outdoor enthusiasts. Mount Baker is also an active volcano.  While the most recent eruption of new lava from Mount Baker occurred 6,700 years ago, other hazardous activity has caused impacts on the volcano's slopes and downstream.  Between the 1840's and 1880's, hydro-thermal explosions and collapses rocked Mount Baker.  Some resulted in lahars (volcanic mud flows).  A reheating in 1975​ and access closures on the mountain's south and east flank​s reminded local people of the volcano’s potential ​ to disrupt their lives​.

​O​n cold, clear days, you can see steam plumes rising from ​Sherman​ crater.  Mount Baker will erupt again, disrupting the landscape and the lives of people downstream and downwind.

During an eruption at Mount Baker, you can expect:
There will be warning.  Future eruptions will be preceded by days or more of increased earthquakes and, possibly, by measurable swelling of the volcano and the increased emission of volcanic gases.

While an eruption or lahar might not happen in your lifetime, being prepared is your best defense. 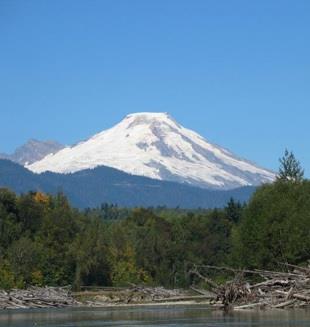