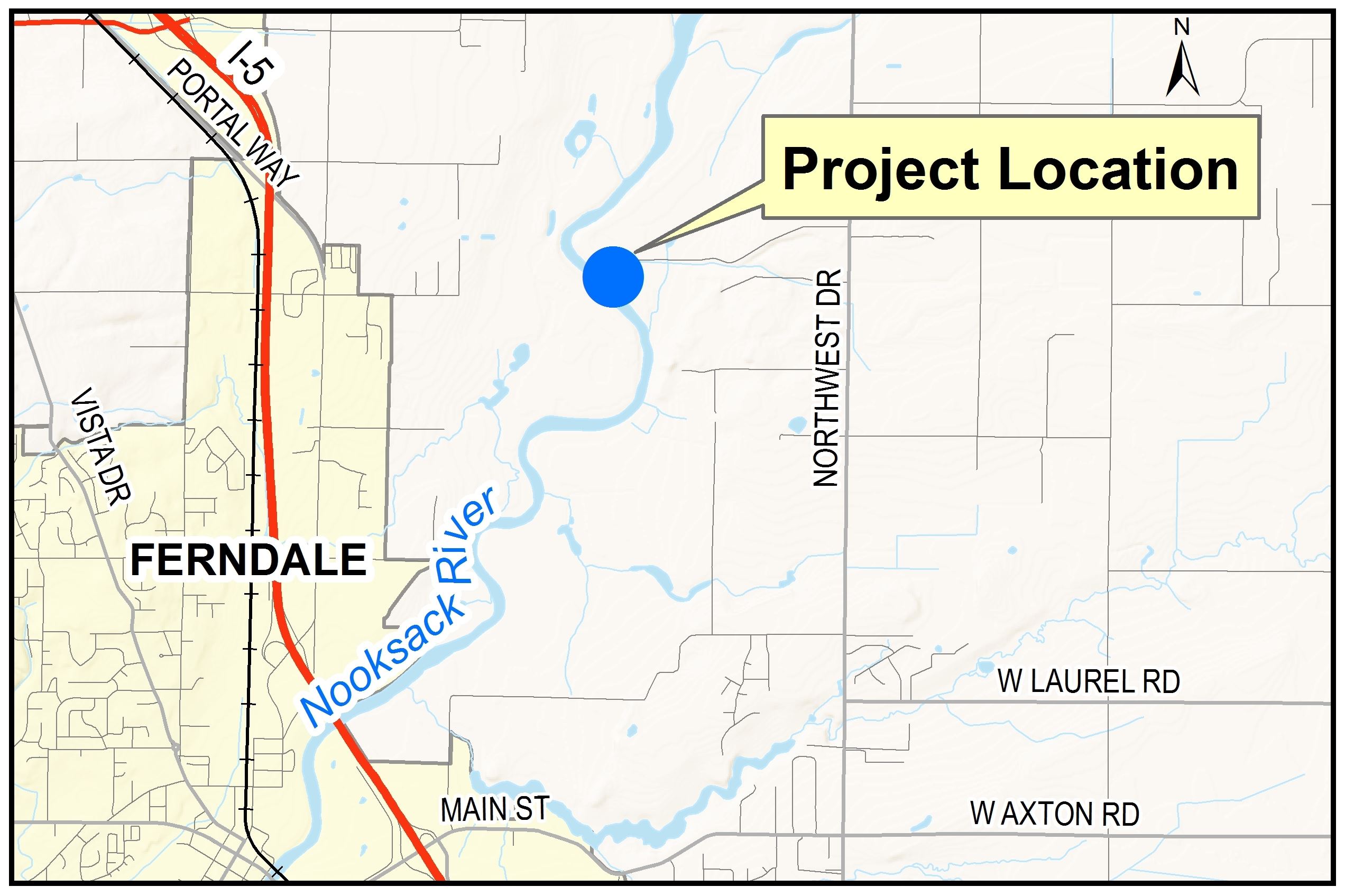 The Appel Levee crosses Clarkson Creek, a tributary to the lower Nooksack River, and provides flood protection to surrounding agricultural lands.  Prior to project completion, the creek ran under the levee through two stacked culverts.Top-hinge style flap gates on these old culverts were evaluated by the Washington Department of Fish and Wildlife (WDFW) and identified as a fish passage barrier and as a priority for correction. In addition, one of the old culverts was failing and the U.S. Army Corps of Engineers (Corps) cited this as a deficiency which required correction for the levee to remain eligible in their Levee Rehabilitation and Inspection Program.

In order to improve fish passage and repair structural deficiencies in the aging culverts, two new 5-foot diameter culverts in a double barrel configuration replaced the deteriorating stacked culverts. Side-hinge floodgates with a regulator replaced the old top-hinge style floodgates on each of the culverts. The regulator uses a float-activated control to hold the gates in the open position allowing for improved fish passage until flood waters rise to a predetermined level when the regulator closes the gates, preventing upstream flooding. Following the installation of the new culvert/gate system, the levee was reconstructed to provide flood protection to the surrounding area. The new configuration will allow for improved access to inspect the culverts.

Engineering design was completed by the Whatcom Conservation District in partnership with Whatcom County Public Works River and Flood Division.