Construction of the Agate Bay Stormwater Improvements - Phase 2 has reached substantial completion as of September 25th, 2019. The project was constructed over a 6 week period and was completed on time. The project included installing 3 water quality treatment vaults, replacing failing pipes and culverts, installing new pipes and catch basins and reducing ditch erosion. The new stormwater improvements provide immediate water quality treatment of stormwater discharging into Lake Whatcom. The prime contractor for the project was Oceanside Construction of Bellingham, WA.

The Agate Bay Stormwater Improvement Project, Phase 2 is a part of a two year effort to provide stormwater treatment in the Agate Bay region. This project will employ strategies to remove phosphorus from stormwater generated by developed residential lots, roadways, cleared land, and landscaping. These improvements are planned primarily for stormwater that flows to the lake with little or no treatment.

The project design is nearing the 100% design level and will go out to competitive bid in June. Construction is anticipated to being in early August 2019 and will require 2 month to complete. 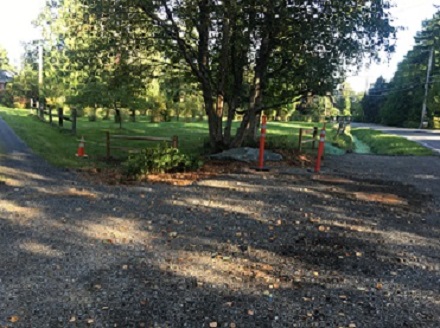