This 69 acre park in Birch Bay features a basketball court, an outdoor pickleball court, a playground, and open grassy fields. 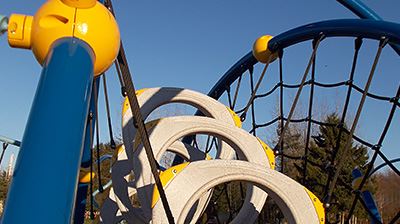 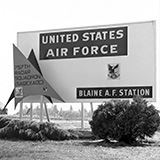 From 1951-1979 this was the site of Blaine Air Force Station. The Cold War era facility was one of the early warning radar stations that made up the Air Defense Command. The station used radar to guide Air Force interceptors to unidentified aircraft in US airspace. The station initially had a manual Ground-Control Intercept System (GCI) but transitioned to the digital SAGE version in 1960. 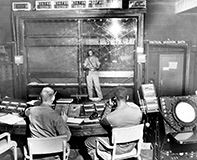 The station was manned by the 757th Aircraft Control & Warning (AC&W) Squadron. Both the 757th and the station itself were inactivated in 1979 during the end of the Air Defense Command. Today, many of the housing quarters, office buildings, and the concrete radar tower still stand.

In 1981 Whatcom County acquired the property and developed it as Bay Horizon Park. Portions of the park are leased to the following organizations:

• Lions Club Camp Horizon has repurposed many of the buildings into offices, meeting spaces, and dorms.