Pride of the Broadway Park Plat

The Roeder Home is one of Whatcom County's most unique structures, recognized on the National Register of Historic Places. Constructed between 1903-1908 by one of the areas leading citizens, this handsome building was home to just two families before the house and grounds became a county park in 1971. 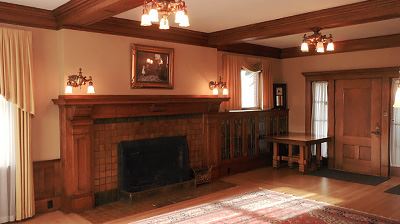 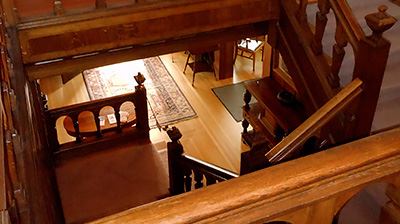 *Open House/Tours are cancelled if there is a facility rental. 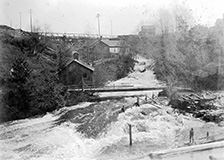 Captain Henry Roeder was one of the most influential figures in the early industrial and civic history of Bellingham. His business ventures, including the Roeder-Peabody Sawmill, the Chuckanut Stone Quarry and building the schooner-rigged scow H.C. Page, represent many of the Pacific Northwest's iconic industries. 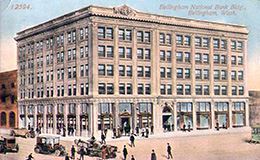 By the turn of the century, Henry's son, Bellingham born Victor Roeder continued the family's involvement in the city's development. He served four years as county treasurer and was founder and president of Bellingham National Bank.

Victor oversaw the five year-long construction of the Roeder House in a then undeveloped part of Whatcom. The house was designed by self taught architect Alfred Lee, whose work includes the New Whatcom City Hall (now part of the Whatcom Museum) and the Old Main building on the Western Washington University campus. 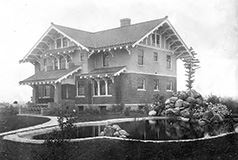 The exterior of the Roeder house is brick and stucco, trimmed with Chuckanut sandstone from the family owned quarry. Projecting eaves with elaborate brackets are one of its most distinguishing features.

Both the Roeder House and the contoured Broadway Park Historic District are listed on the National Register of Historic Places. 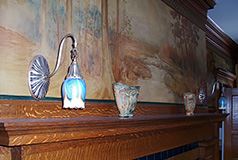 The house was strikingly modern for its time with a both electric and gas lighting, a central vacuum, and an internal fire hose system.

The house was given to Whatcom County Parks & Recreation in 1971 by Mrs. Donald Keyes. For more information visit the National Register of Historic Places Nomination.